Don’t jump into your next role without first doing this 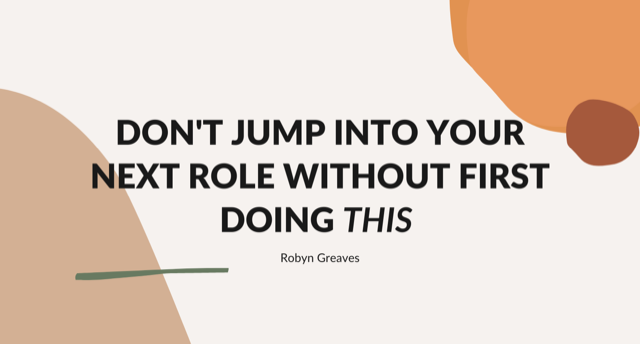 Recently I worked with an IT professional who had worked all over the world. His then-role was as a senior manager at a large Australian company.

However, he did not feel successful. He felt he wasn’t aligned to the culture, their values were at odds with his own, he felt he was being asked to do more and more with less recognition, and was unhappy.

He made the call to leave before the dissatisfaction impacted his health and career direction.

Rather than jump straight into another role, taking a gamble on the cultural fit, we worked together to elicit his values in the context of his career, and prioritise them.

His top three values are:

We worked on expanding his possibilities beyond what he initially thought of as his options, and beyond advertised roles.

We evaluated the companies and their leaders in comparison to his values and made the decision whether or not to move forward based on the alignment of the company or leader with his priorities.

He is now in his dream role, with a leader who inspires him and where he is absolutely thriving.

What’s most important to you in your career?

I’m currently booked out, please join the waiting list and I’ll be in touch.